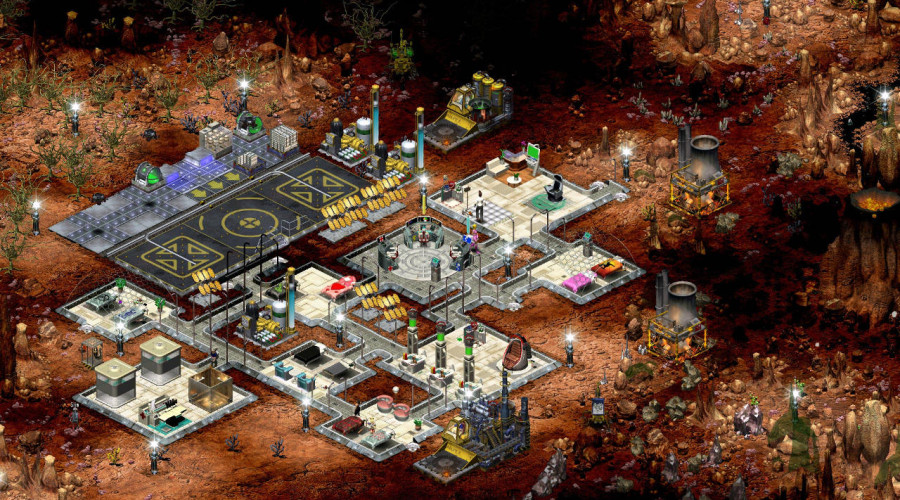 To celebrate the soon-to-be-ending Steam Lunar New Year Sale we’ve gone and created four new maps for Space Colony: Steam Edition! Only accessible via Steam Workshop, each map was created by a different team member and designed to present players with a unique challenge. We hope you enjoy the new maps and the rest of the Steam Sale, which ends today!

Intrepid – VL-537 attracted many colonists in the early years due to its green landscapes, beautiful canyons and Earth-like ability to provide for settlers. Unfortunately recent rumors of colonists disappearing and entirely unrelated budget cuts mean we can’t offer much financial support.

Desert Loners – Welcome to Desert Loners! The bad news is that your ship has crash-landed on a strange moon. You are struggling to survive and a nearby asteroid belt, along with your history of gambling debts, means rescue is highly unlikely. The good news? Both you and your team of misfits are still breathing! At least for now…

Be Brave – This recent discovery is filled with precious resources and ample colony-friendly vegetation. Less friendly however are the local extraterrestrial inhabitants. A successful colonist is a breathing colonist, so build defenses and erect laser towers before venturing into the unknown. Patiently explore the planet and you might return both rich and alive!

Subjugate – A recent report from your scout team suggests they have pinpointed the location of a new Class-M habitable planet. I know that communication has since fallen silent, but we believe this is simply due to interference caused by debris in the planet’s upper atmosphere. There is absolutely no evidence to suggest hostile a alien threat, so get your team on-site and take control of the situation.

View All on Steam Workshop