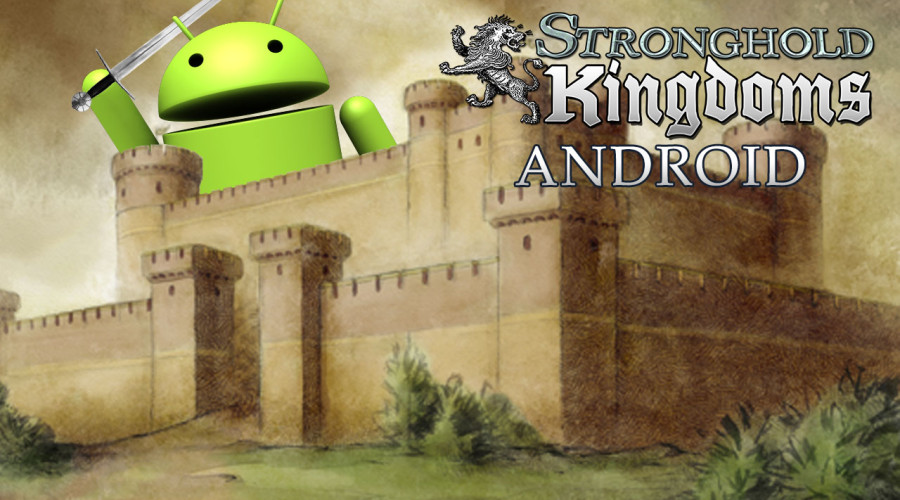 August 28, 2015 By saka in Stronghold Kingdoms Comments Off on Kingdoms on Android

We are pleased to announce that Firefly Studios will be bringing Stronghold Kingdoms to Android devices!Last week we announced that Stronghold Kingdoms is coming to iPhone and iPad and by far the most frequently asked question from players was “What about Android?”

The Kingdoms team are thrilled to see that the Lords and Ladies of Stronghold Kingdoms are eager to take their castles along with them on the road. To clarify, we never intended to make this new mobile version of SHK exclusive to only iOS users. Since the beginning our plan has been to bring Kingdoms to both iOS and Android. We expect the Android version to arrive a little later than the iOS release, but this is purely down to the small size of our development team.

Stronghold Kingdoms on Android will of course offer all the same core features of the iOS, PC, and Mac versions. This includes the full game, new touchscreen controls and cross platform play with the millions of existing Kingdoms players.

Follow us on Twitter for updates on Android and iOS development, screenshots of the new mobile controls and video diaries.

August 5, 2015 By in Firefly News, Stronghold Kingdoms Comments Off on The Future of Stronghold

The Future of Stronghold

Today we have two huge announcements to make! First things first, we are proud to announce that Stronghold Kingdoms will be coming to iPad and iPhone! Featuring the full game in playable form, a customised interface with new touchscreen controls and of course cross platform play with the millions of existing Kingdoms players, Stronghold Kingdoms iOS will be one of a kind on the App Store.

Our second announcement is admittedly more of a future teaser for our fans on PC. We wanted to have something for everyone in terms of news at this year’s Gamescom, so we included a little something around the one minute mark of our reveal trailer. Find out what the future holds for Stronghold on mobile and PC…
END_OF_DOCUMENT_TOKEN_TO_BE_REPLACED