January 25, 2018 By nickt in Firefly News Comments Off on Top 7 Easter Eggs

After two weeks looking toward the future of Stronghold, both for our mainline series and updates for Stronghold Kingdoms, this week we’re revisiting the past! So lend us your eyes and ears as we run through our top 7 Stronghold and Space Colony Easter eggs! While there may be one or two secrets that aren’t really secrets anymore, given it’s 15 years since Stronghold invaded hard drives worldwide, we bet you don’t know them all! We’d wager the ability to play Legends in third person, early Trump references in Space Colony and even the Stronghold ghost managed to pass most fans by! Obviously these are just a few of the secrets, references and Easter eggs we’ve hidden across more than 10 titles since 2001, so if you have a favourite reference not featured in today’s video let us know! END_OF_DOCUMENT_TOKEN_TO_BE_REPLACED

Earlier this week we borrowed an hour of time from our very own Matt Smith to discuss all things Stronghold Kingdoms! We’ve edited together 10 minutes of highlights from the full discussion, along with a number of answers to your community questions. These were collected over the course of the past week and picked from discussions in the forums and on social media over the past few months. That said if you have questions of your own just let us know in the comments and we’ll try to include them in future videos. END_OF_DOCUMENT_TOKEN_TO_BE_REPLACED

We’re kicking off 2018 with a short announcement on the status of our upcoming Stronghold game, which we are currently referring to as Stronghold Next. It gives us great pleasure to announce that we have now entered into full production on the next mainline Stronghold game for PC. Planned for a late summer reveal, Stronghold Next will be shown for the first time with a full gameplay reveal and information about the new title. You can expect the game’s setting, new units and mechanics, full title and planned features to be revealed as soon as we’re ready to show you what we’ve been working on. END_OF_DOCUMENT_TOKEN_TO_BE_REPLACED

January 4, 2018 By nickt in MetaMorph Comments Off on Metamorph – New Monsters, Traps and Levels!

Happy New Year from Firefly Studios! While we have plenty of Stronghold Next and Stronghold Kingdoms content on the way we wanted to kick start 2018 with a glimpse at our immediate plans for our Early Access tactical dungeon crawler MetaMorph: Dungeon Creatures. This video gives you a glimpse at our first MetaMorph content update due for release this month, while also hinting at things to come… END_OF_DOCUMENT_TOKEN_TO_BE_REPLACED 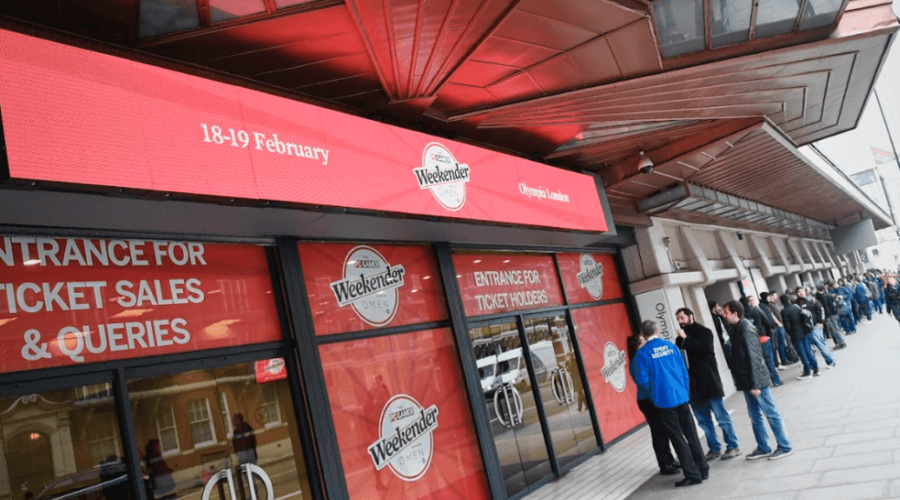 Meet with Firefly and play MetaMorph at the PC Gamer Weekender! That’s right: Nick and co. will be taking the latest version of MetaMorph, his top secret knowledge of all current Firefly Studios projects and cool freebies on the road for YOU.

What are you waiting for? Get your ticket here and give us a shout!