September 2, 2020 By nickt in Stronghold Warlords Comments Off on Warlords Gamescom Trailer

As shown during the Gamescom Studio show, we’re giving you a first look at our Japanese campaign missions following Toyotomi Hideyoshi! This new developer commentary footage shows details on the new ‘Warlord System’ and provides a closer look at some of the new units coming to Stronghold: Warlords at launch on March 9th, 2021. 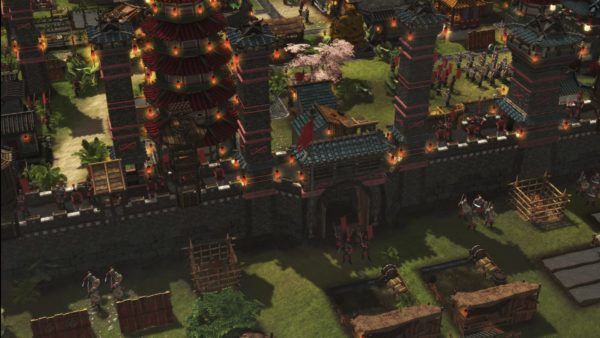 While the base game will be made available on Steam for $39.99, €34.99 or £29.99, Stronghold: Warlords will also be purchasable as a digital Special Edition. Our Special Edition package contains: 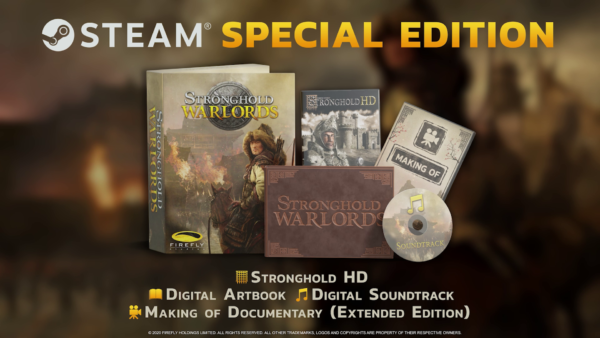 Including developer interviews and behind the scenes footage from the last three years of development, the Warlords Documentary provides an honest look at modern indie game development at a small studio during a global pandemic. The Warlords art book and soundtrack will contain high quality source material from Firefly Studios artists and Stronghold series composer Robert Euvino. As an added bonus Special Edition owners will also receive a copy of Stronghold HD on Steam. The Special Edition will cost $49.99 USD, €44.99 or £39.99