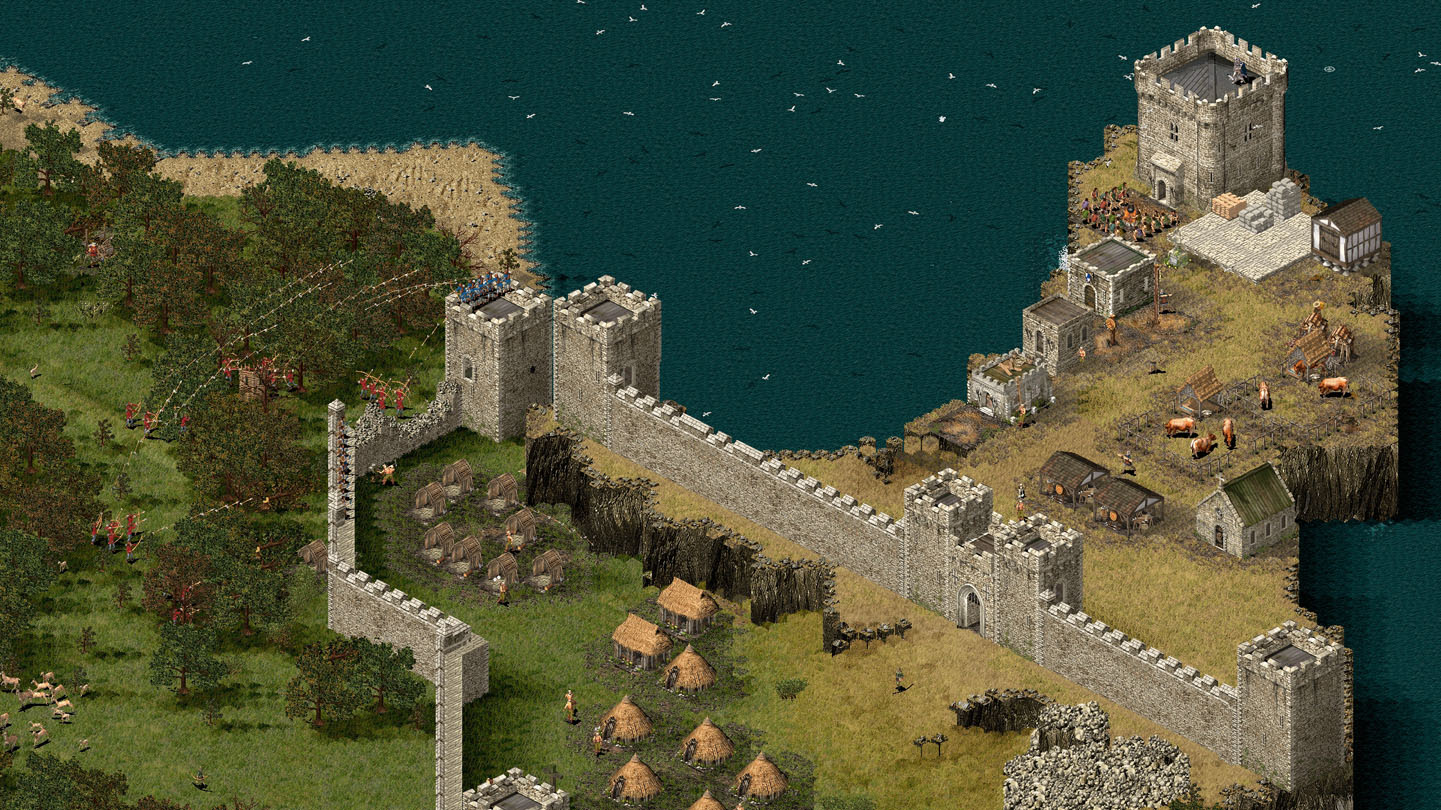 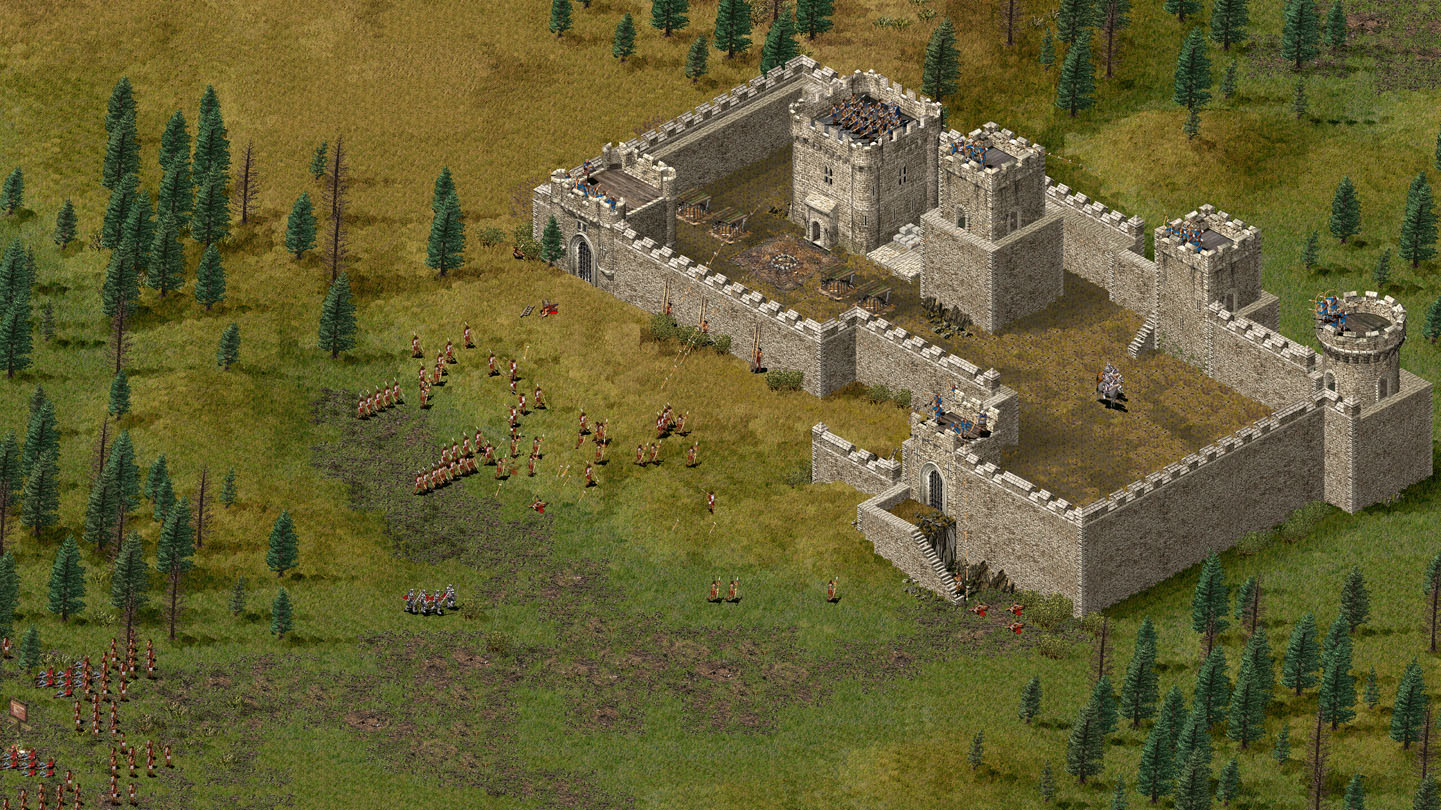 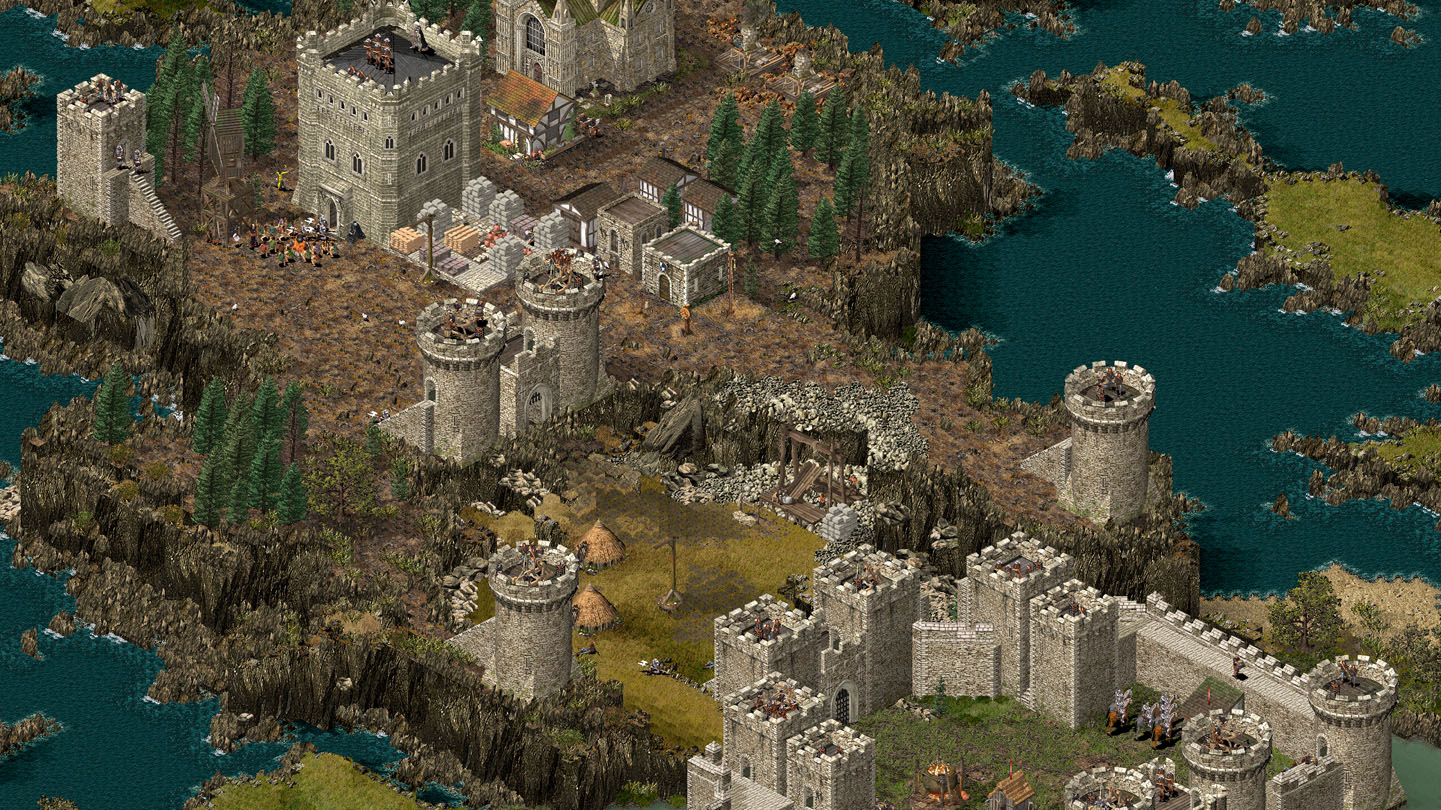 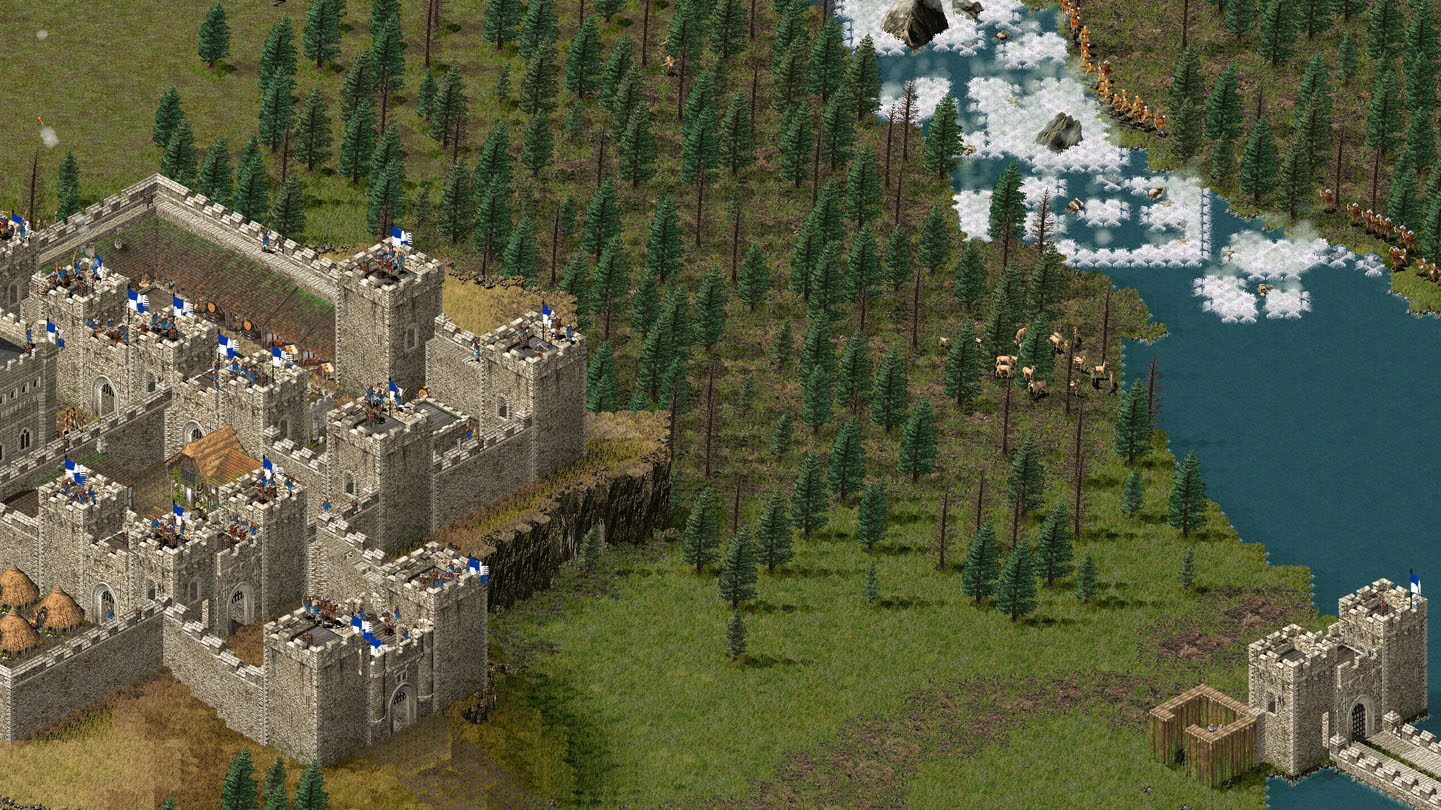 The original castle sim, Stronghold HD allows you to design, build and destroy historical castles. Engage in medieval warfare against the AI in one of two single player campaigns or online with up to 8 players.

DOWNLOAD LATEST PATCH
PLEASE NOTE: These patches will not work with the Steam versions. Steam versions are updated automatically to the most recent version.
AboutSystem RequirementsSupport
With 21 missions to test your mettle and four renegade lords to defeat, it is up to you to reunite medieval England and take back your lands from the treacherous Rat, Pig, Snake and Wolf. Missions range from breaking sieges and capturing enemy castles to raising gold and holding off enemy attacks. Also featured is a full economic campaign, tasking players to gather resources and build weapons within the time limit.

With new high resolution graphics you have more control over your soldiers than ever before. The new HD battlefield view allows you to zoom out and play in real-time, with the whole map on one screen. Advance on the castle gates while flanking the enemy from behind, feign retreat and lead your foe into a deadly trap or just sit back and watch the destruction unfold.