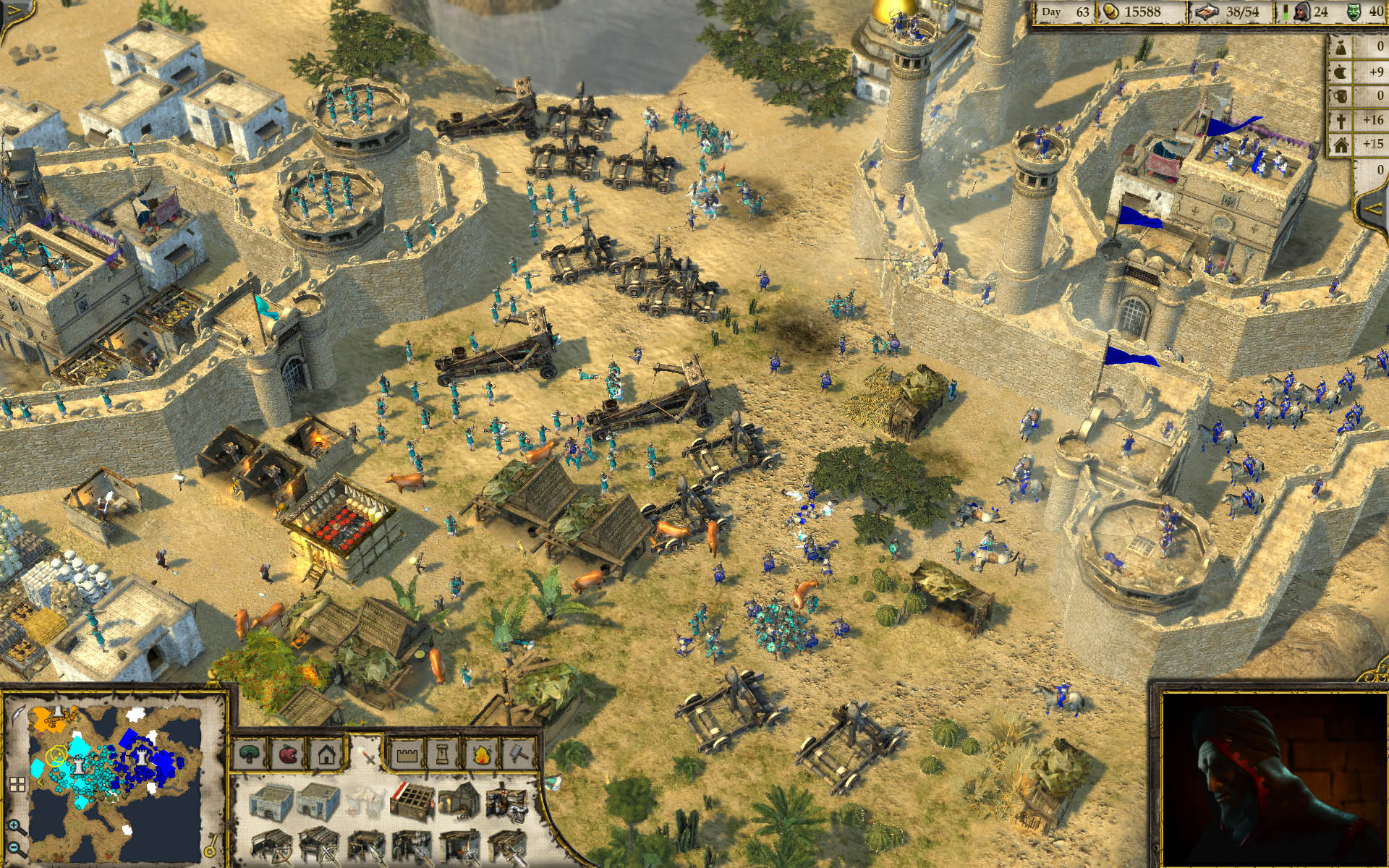 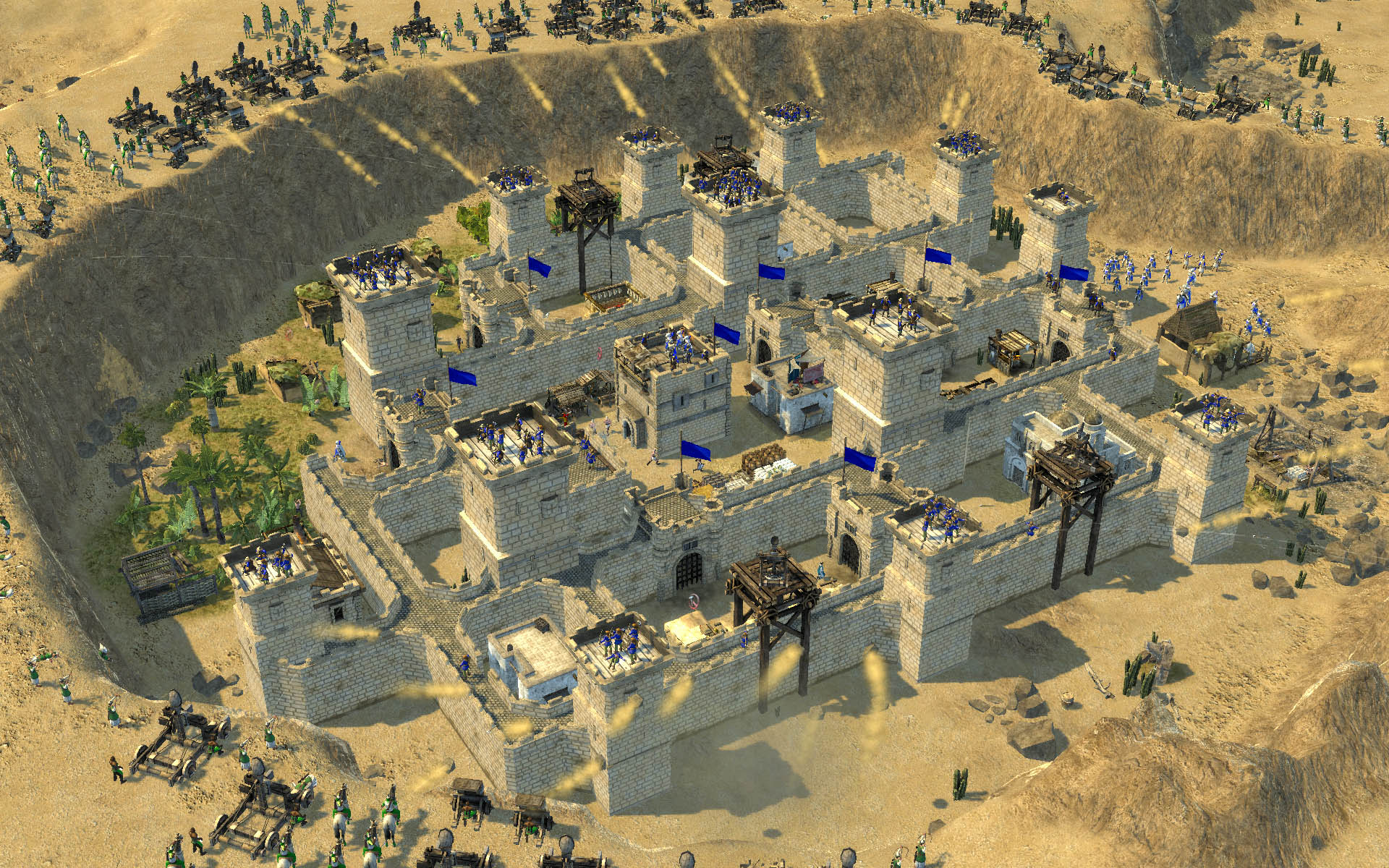 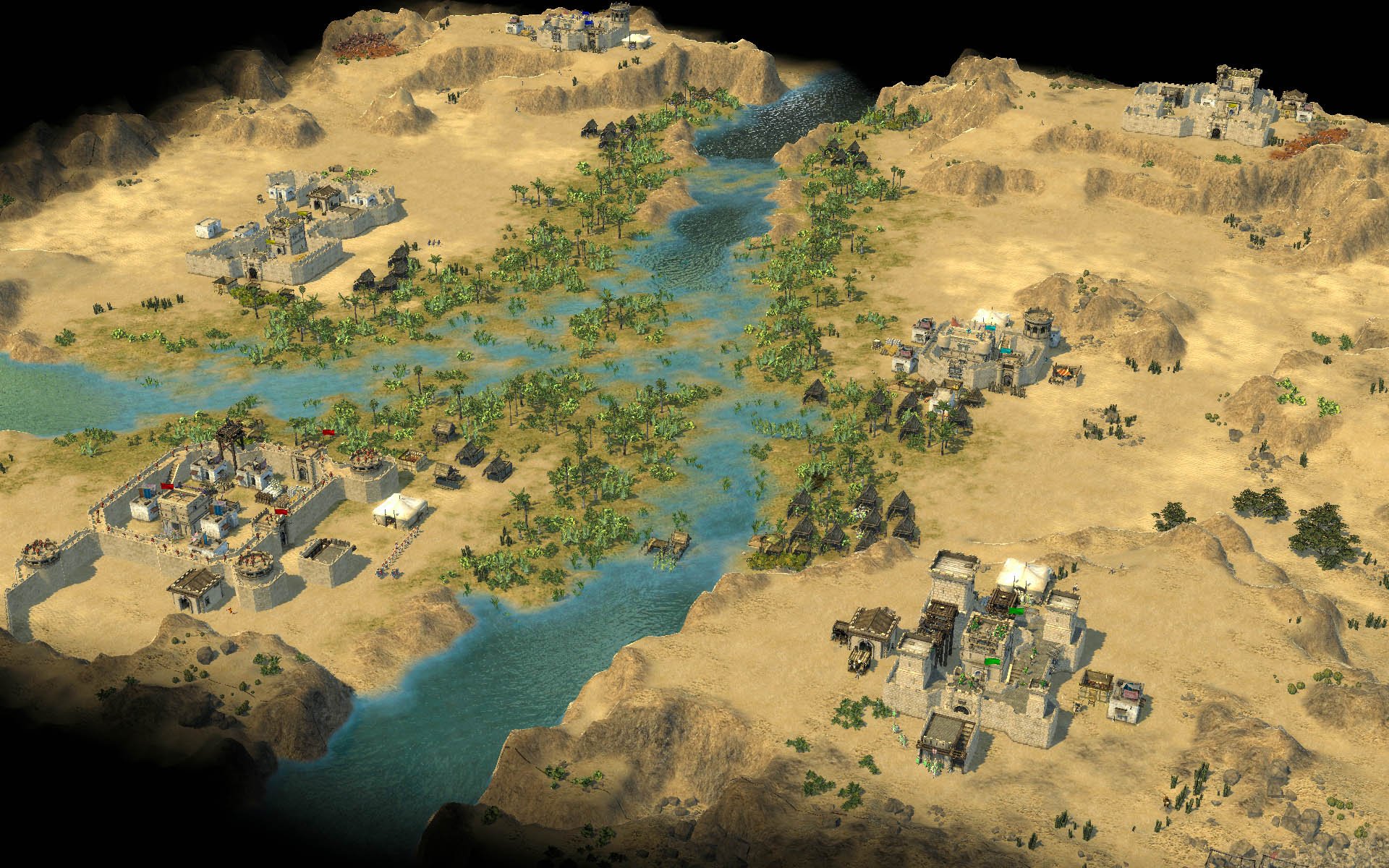 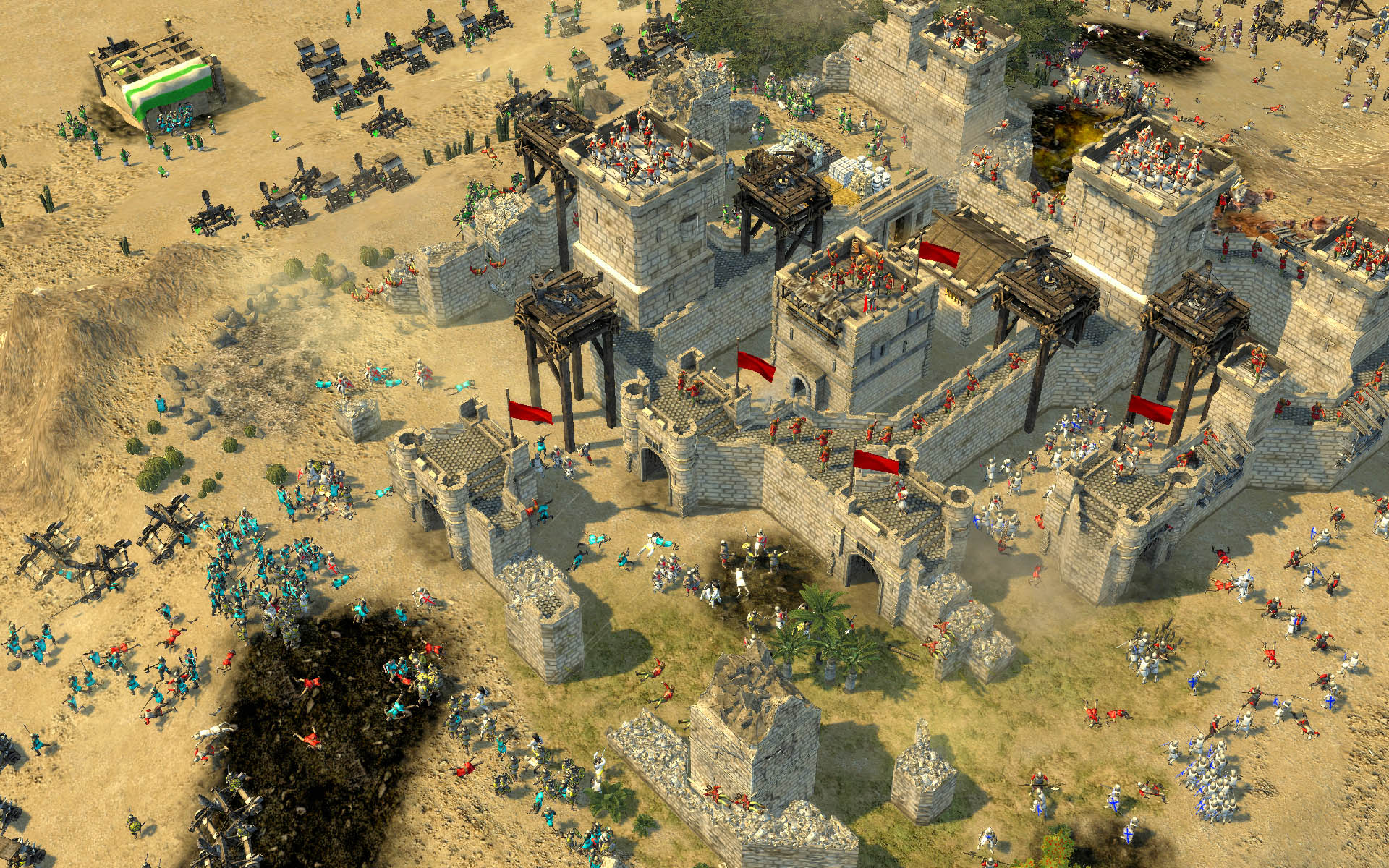 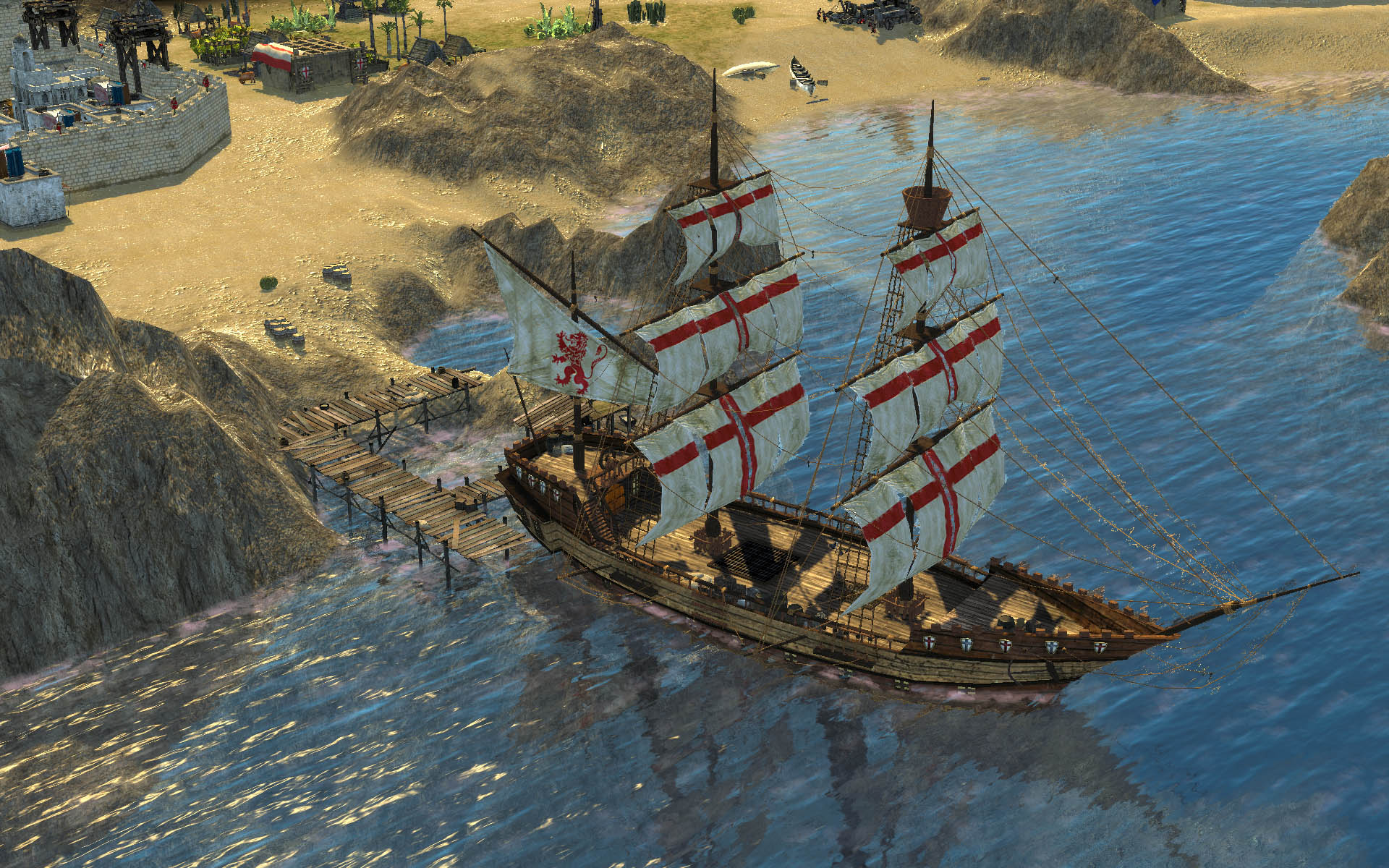 For old, war-tested Stronghold players Stronghold Crusader 2 is a triumphant evolution of the game that they’ve held dear for the last twelve years.8/10 - Strategy Informer
The game feel polished and modern: It’s properly 3D-modelled and constructed around a rigorous physics engine.4/5 - Empire
Unique, fast-paced castle-building action the way it was meant to be.8/10 - Hooked Gamers

The long awaited sequel to the original ‘castle sim’, Stronghold Crusader 2 returns to the deserts of the Middle East circa 1189 with a new 3D engine and realistic castle destruction powered by Havok Physics.

True to its roots this new Stronghold will define old school real time strategy, combining RTS and city builder gameplay. Playing as a brutal Crusader Knight or Arabic freedom fighter, you must use a deadly array of troops and destructive siege equipment to decide the fate of the holy lands. Lead your forces into battle as either Richard the Lionheart or the Sultan of Syria in two historic single-player campaigns, with dynamic events such as tornados and locust swarms. Become the greatest Lord by managing your desert economy and seizing control of vital oases.

To dominate the battlefield you will need to command more than 25 unique unit types, mastering their special abilities. Raise morale with the Sergeant at Arms, charge in with the Sassanid Knight, use Archers to launch an arrow volley or scale castle walls with the deadly Assassin. Once your skills have been perfected put them to the test in skirmish mode or take the battle online with up to eight human and AI players. Create teams, choose different AI opponents and design your own map in the ultimate skirmish or multiplayer game!

Blow the horn, bang the drum, The Pig is coming to town! The Princess & The Pig DLC resurrects one of four central antagonists from the original Stronghold (2001) in a brand new Crusader Trail, while also introducing a completely new character in the form of the noble Princess. The first piece of downloadable content available for Stronghold Crusader 2, The Princess & The Pig adds seven missions, two AI opponents, 10 achievements and new castle designs unique to The Princess and The Pig.

The law of the Templar has come to the desert! Two Crusaders with contrasting origins, values and strengths, The Templar is a brutal newcomer who embodies the Crusades' nebulous motivations, while The Duke stands as successor to King Phillip from the original Stronghold Crusader (2002). Seven missions, 10 achievements, five coat of arms designs and six new castle types.

Their horsemen ride like thunder across the plain, like the kings of old! The Jackal and The Khan are outcast warriors forced to survive on their wits and the loyalty of their men, the ultimate challenge for Stronghold players. The final DLC for Crusader 2, The Jackal and The Khan adds two characters, nine missions, achievements, custom coat of arms and new castle designs. 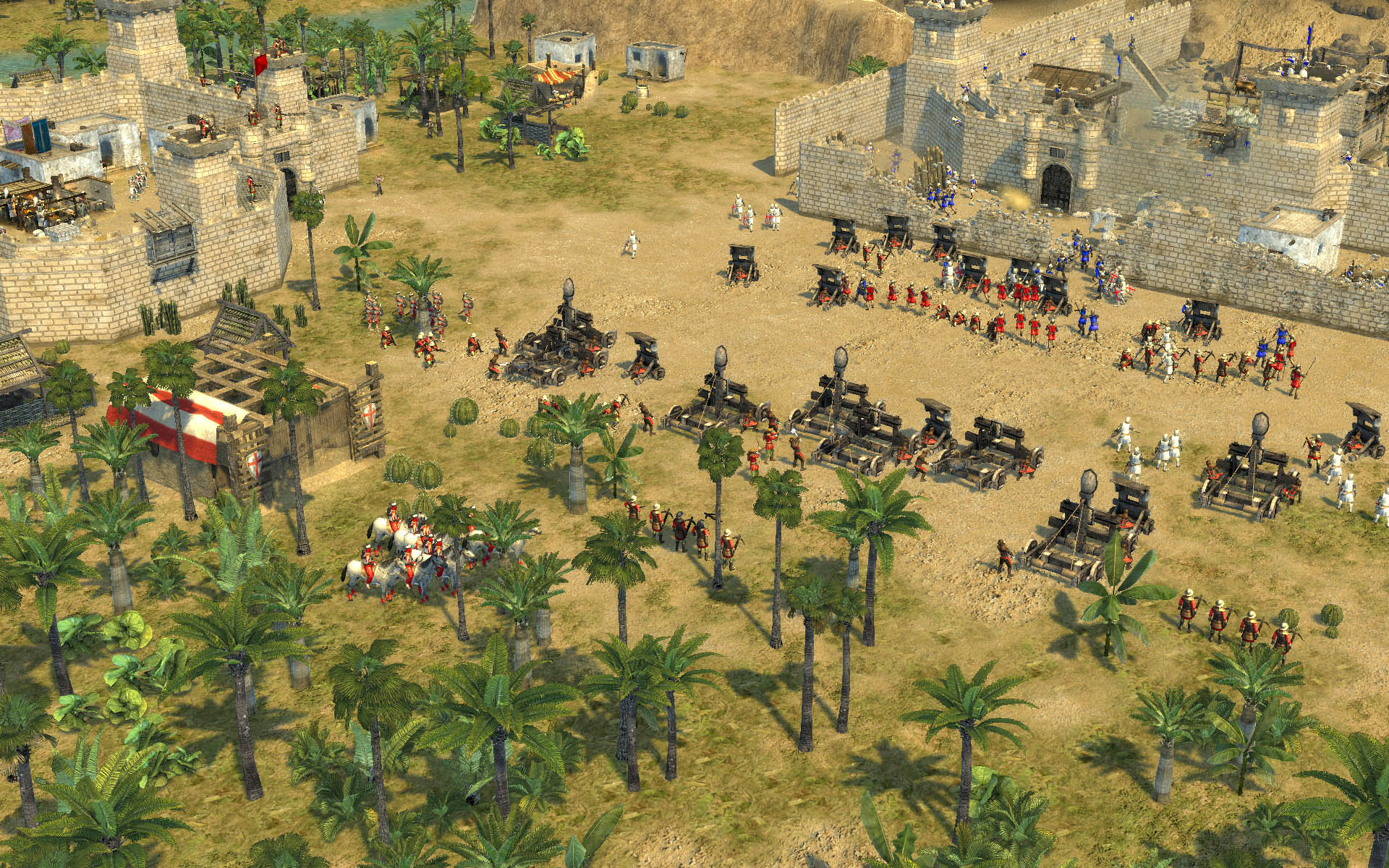 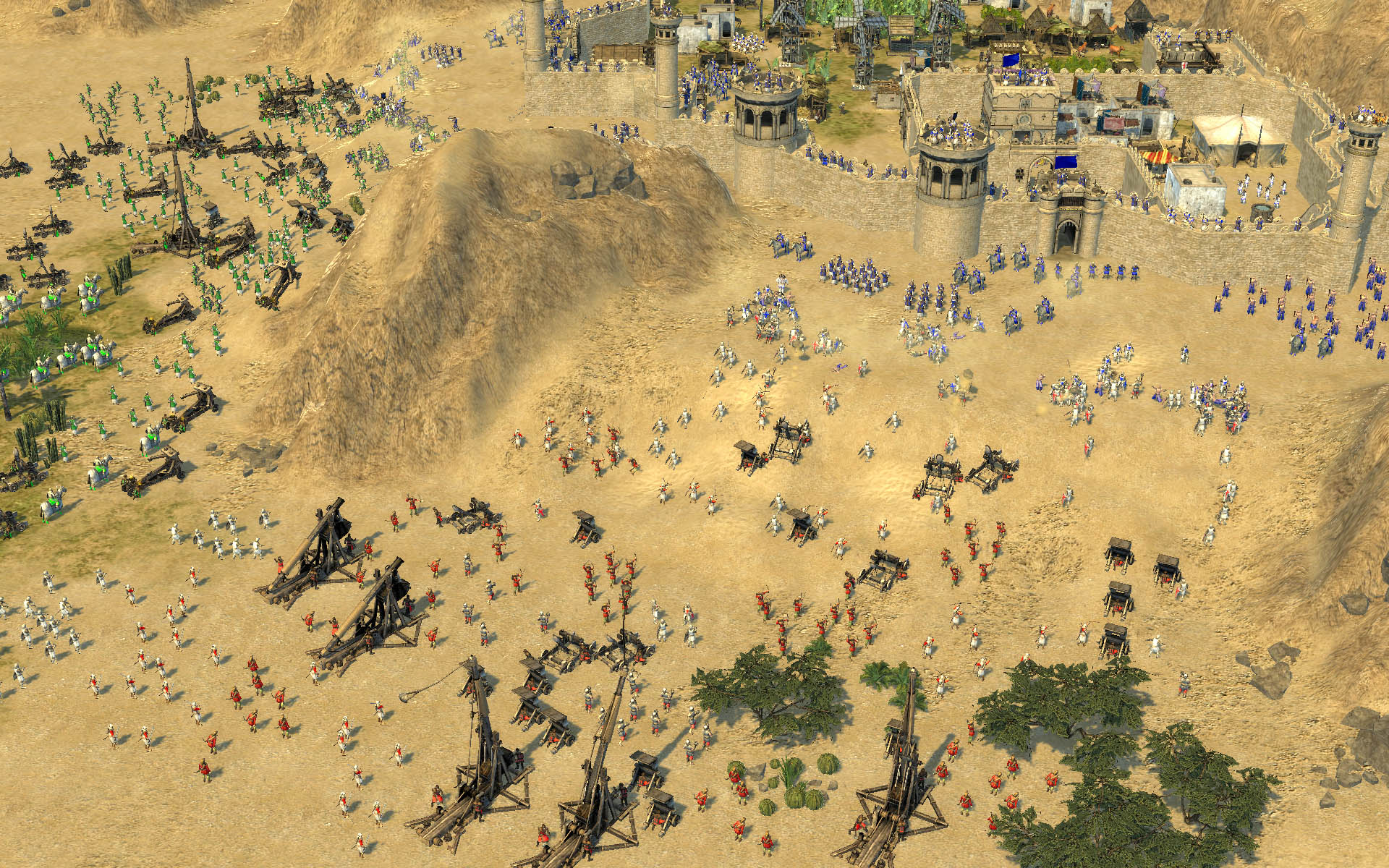 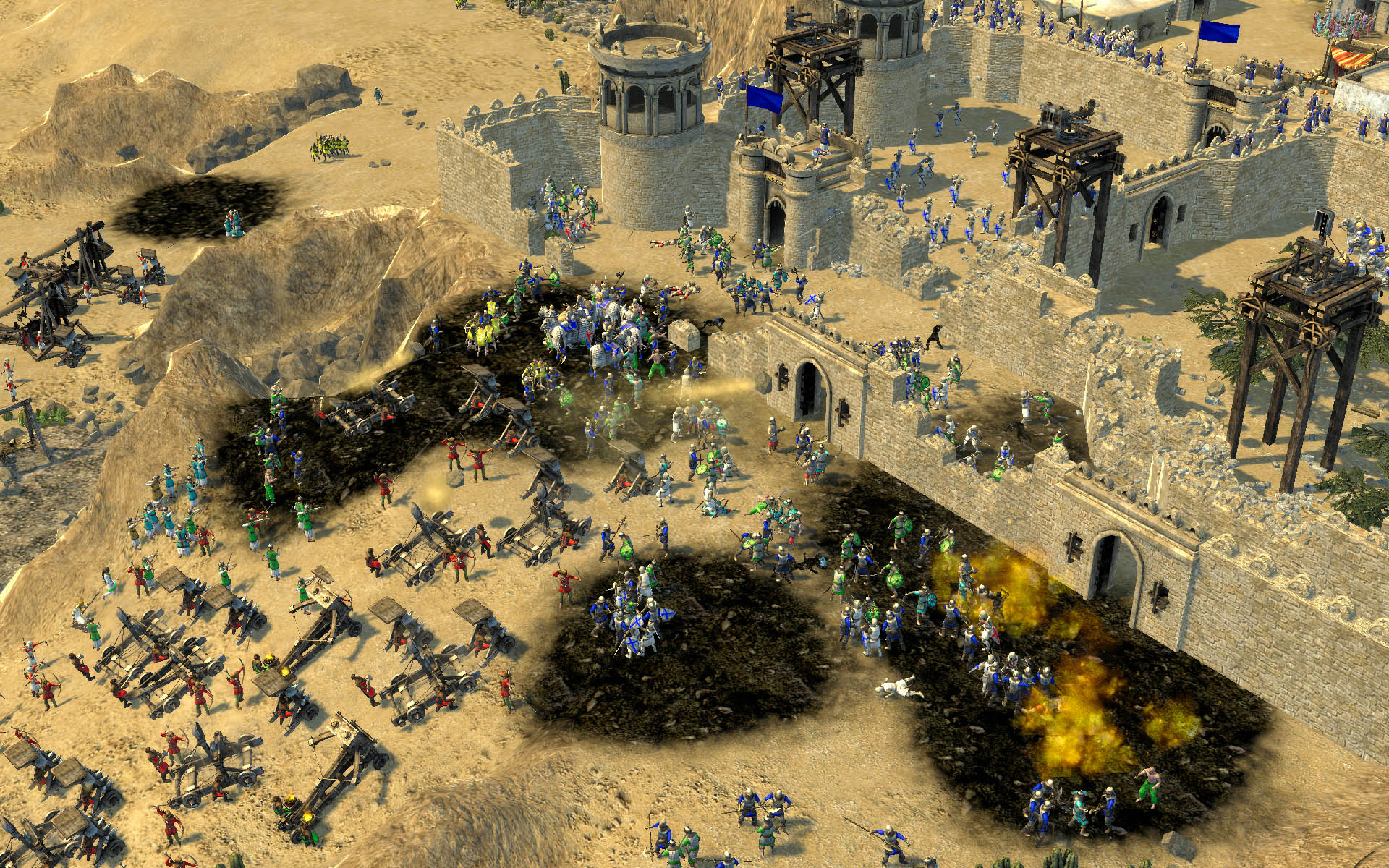 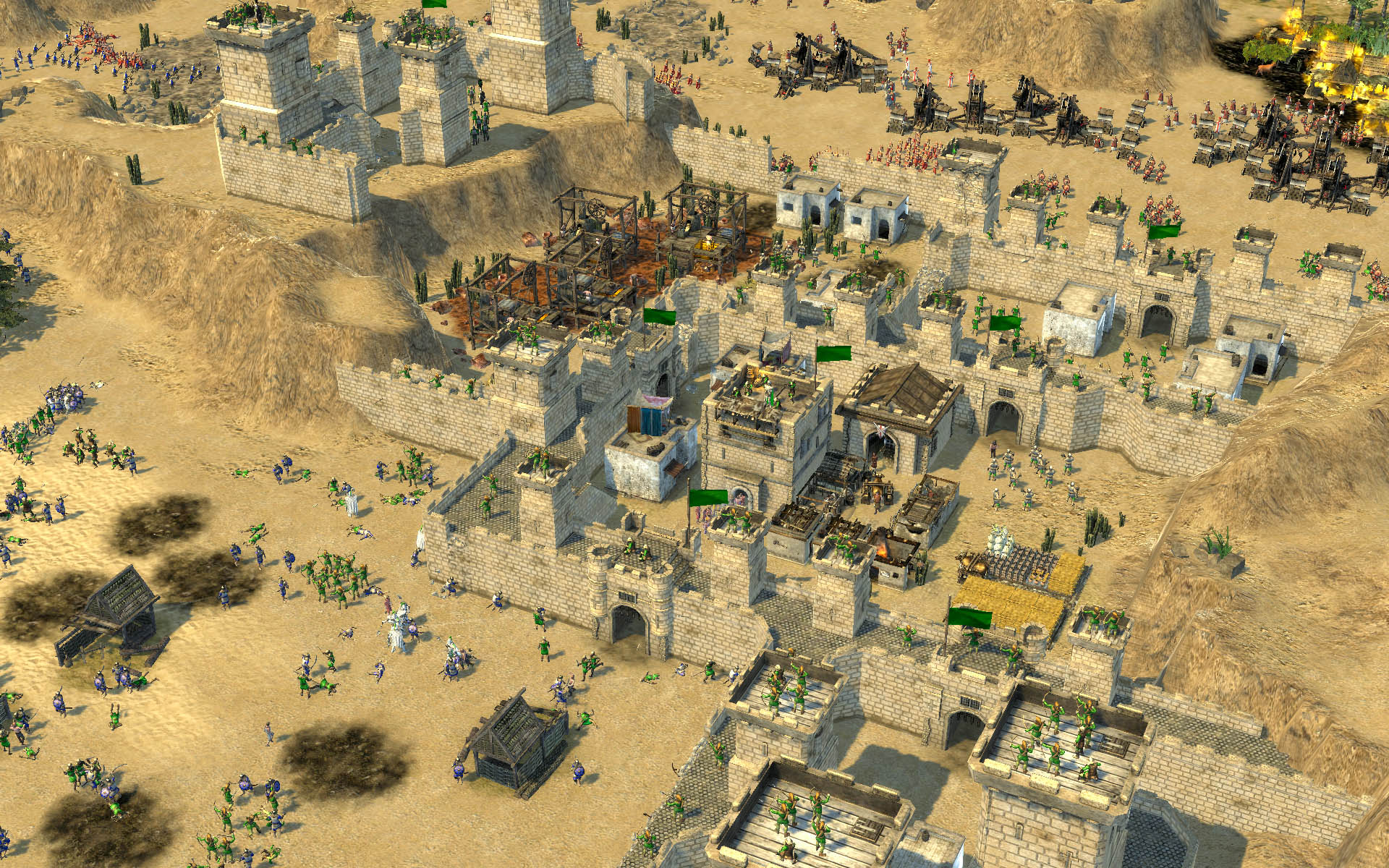 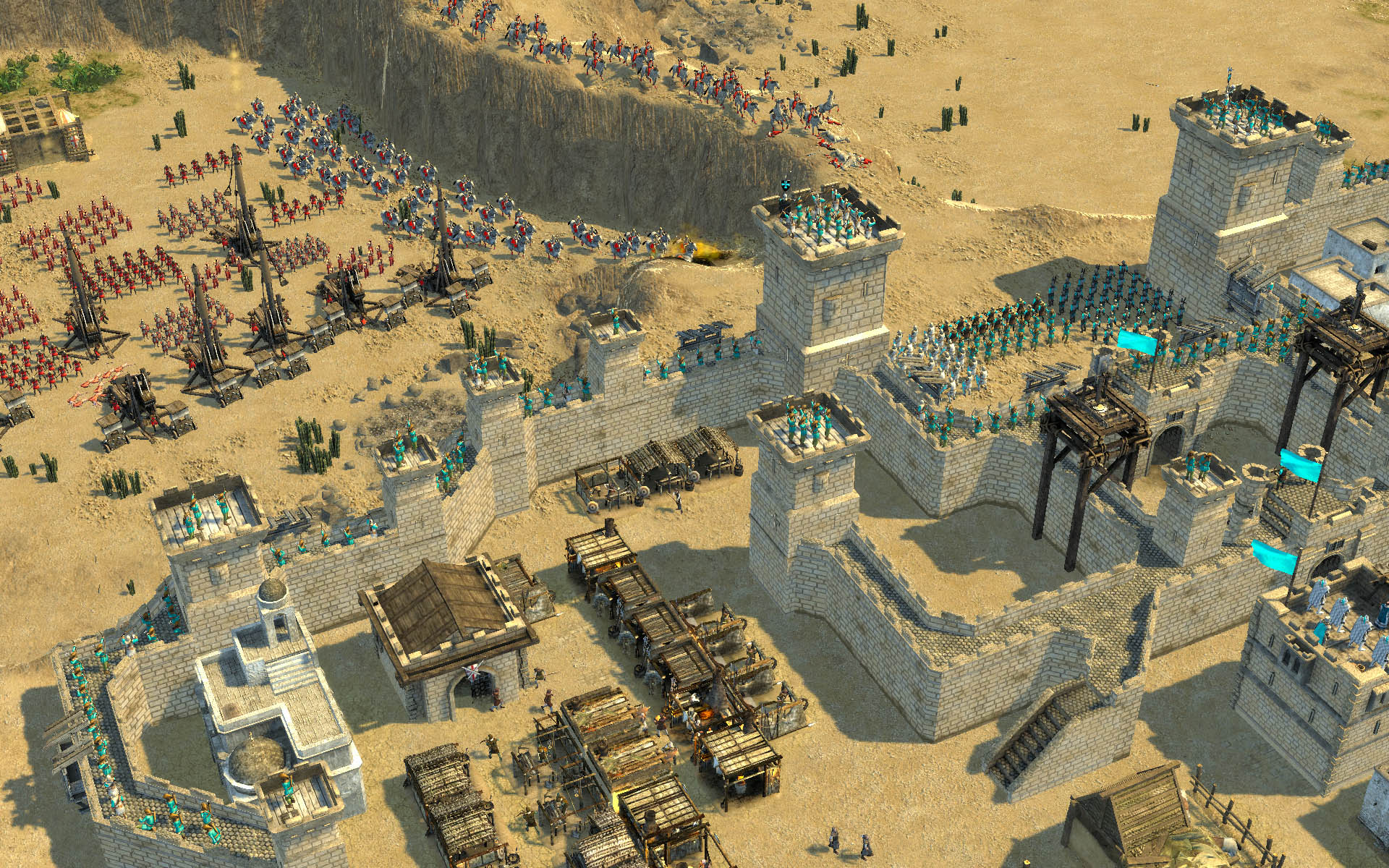